Happy solstice to all! Spectral Paw wishes otherwise though >:] 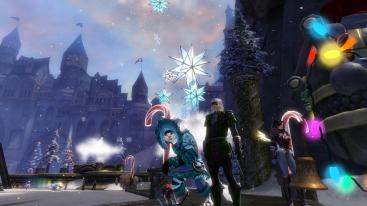 I will be filling my cart with vodka and champagne (I always keep a full stock of rum) and then I’ll be set for a week of awesome relaxation.

I went to see the Force Awakens Friday night and it was amazing! I won’t say anything about it, but I encourage anyone to go see it! Just do it!

Late Saturday night, Shalien and I watched “A Very Murray Christmas” and it was the most charming Christmas special I’ve seen in a while.

Shalien and I decided to do some baking with just the materials we had at home. Also, we don’t really bake much and decided to wing that shit. This was the result:

We wanted to try and make a cookie, but we ended up with a chocolate chip cookie – bread hybrid. It was solid with a bread center. This snowman was made with coffee and a bunch of random stuff, so it had an awesome taste, but it was solid. Like a breadstick…. but also a cookie.

I don’t think we’ll ever be able to re-create this guy.

Masters of the Universe

I noticed this beautiful gem is now on Netflix! I loved this movie as a kid and want to watch it again. I’ll probably stream this from Rabb.it next week and will leave the room open for anyone who also wants to watch it. I think the room limit is 11-15 ish. Let’s hang.

On that note, I leave you with this:

I have not done a raid in GW2 yet 😛 My guild has been doing raids but Shalien work schedule has gone a little bonkers. It does that sometimes – he works for a start-up, so it’s kind of an expected un-expected thing. In a secret stance of solidarity and a pretty hefty load of RL tasks of my own, I am waiting to do raids until he is ready lol.

So now I have 14 characters.

This is Fiatz. She’s named after my rat, Fitz. I say “FIAATZ” when she’s in trouble.

The Ritual on Weylyn Island

I picked up this game on Steam a few weeks ago and found it to be pretty fun, but it’s very short 😦 I beat it in under 2 hours. This is a weapons-free story game created by Zemagamez. It mixes some paganism/druidism/Christian beliefs. It uses some Furthark runes, but from what I can tell it’s just jibberish placement. It’s pretty interesting though and I think it might be the studio’s first non-mobile game. I hope they come out with more games like this — just much longer 🙂

Annnnd back to Guild Wars 2! It’s Wintersday in GW2 and I am thrilled. Wintersday is so nostalgic of some of the most fun I’ve had with my guild. Wintersday was the birth of Aco Paw (now Spectral Paw) and was one of the craziest RP events we’ve ever had especially since Aco Claus was actually very very drunk and our nice Wintersday poetic play turned into hilarious chaos.

I hopped in game yesterday to luckily bump into a bunch of Anet folks partying in Divinity’s Reach and also to find a bunch of guildies including one of our Santas (we have many!)  hanging around.

I’m hoping to be on for guild festivities this weekend and might stream. If you see Spectral Paw, she may be out for revenge…. and dirty socks (I’m talking to you, Aco Grinch, if you’re reading this lol).

During the first Wintersday, we had a New Years party in Lion’s Arch. I drank a lot… I remember a lot of funny stuff happening and waking up in the quaggan cave of Timberline Falls.

I will never forget that song.

I’ve also subbed EverQuest 2 again and finally bought mercenaries! I have never used a merc until I grouped with a friend a few months ago. I’m going to get Ginmere max level, I tell you!